This study examined the association between the use of protective clothing in motorcycle crashes and the severity and long-term consequences of any injuries sustained. The results provide Australian riders with better information about the protective clothing they wear.

It is the first study worldwide to distinguish between different qualities of protective clothing and to examine the role of impact protectors (such as back protectors) in preventing injury. It is also unique in including all riders involved in motorcycle crashes, those who escaped serious injury and those hospitalised.

The GEAR Study was a one year prospective cohort study of motorcyclists in road crashes in the ACT, to identify the associations between usage/ non-usage of motorcycle protective clothing and injury and subsequent disability.

Two hundred motorcyclists who crashed in the ACT were recruited through Emergency Department presentations and from motorcycle repair services. Injured and uninjured motorcyclists were interviewed in hospital or at home about the crash, their protective clothing (if any), and their injuries. Objective injury details and injury severity scores were obtained from hospital records.

Participants were contacted three times with an initial face-to-face interview and then two follow-up surveys. The follow up surveys examined their recovery progress and quality of life following the crash and were mailed to participants approximately one and six months later. The frequency and severity of injuries and post crash recovery and impairment were compared for protected and unprotected riders. 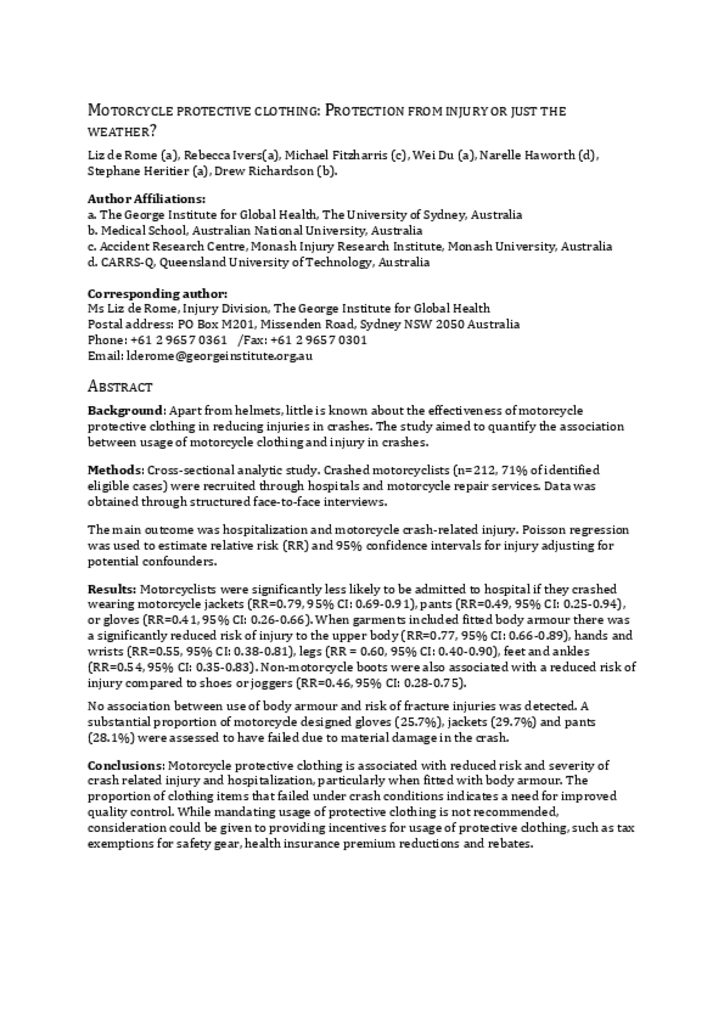