The burden of road traffic deaths is disproportionately high in low-and-middle-income countries (LMICs). In India, deaths due to road traffic injuries (RTIs) have increased by 58.7% between 1990 and 2017. In 2019, the Government of India amended the Motor Vehicles Act (MVA) on several counts including a hike in penalties and better enforcement measures to encourage safe road-user behaviour such as helmet and seatbelt use and deter drunk driving, over-speeding, and driving without license. However, several States are experiencing challenges in sound implementation of the act owing to the quantum in penalty hike.

Atal Bihari Vajpayee Institute of Good Governance and Policy Analysis (AIGGPA), Government of Madhya Pradesh requested the RES-TGI team for a rapid evidence synthesis to understand the evidence base behind the effectiveness of penalty measures in decreasing incidence and mortality due to RTIs. This would enable decision-makers in the State to better implement the MVA. The RES was conducted in 6 weeks to serve this purpose and the evidence-informed policy considerations were presented in a policy brief.

Integration of different departments such as road transport, police, civil societies, judiciary, local bodies of the community groups and media are important in implementing and sustaining interventions. 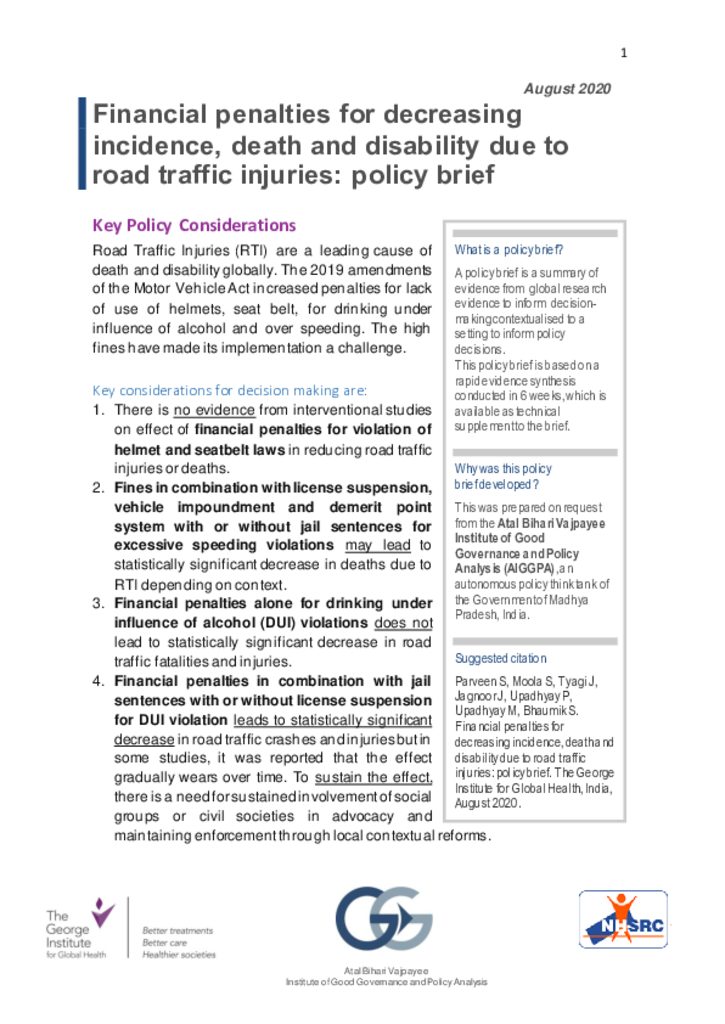 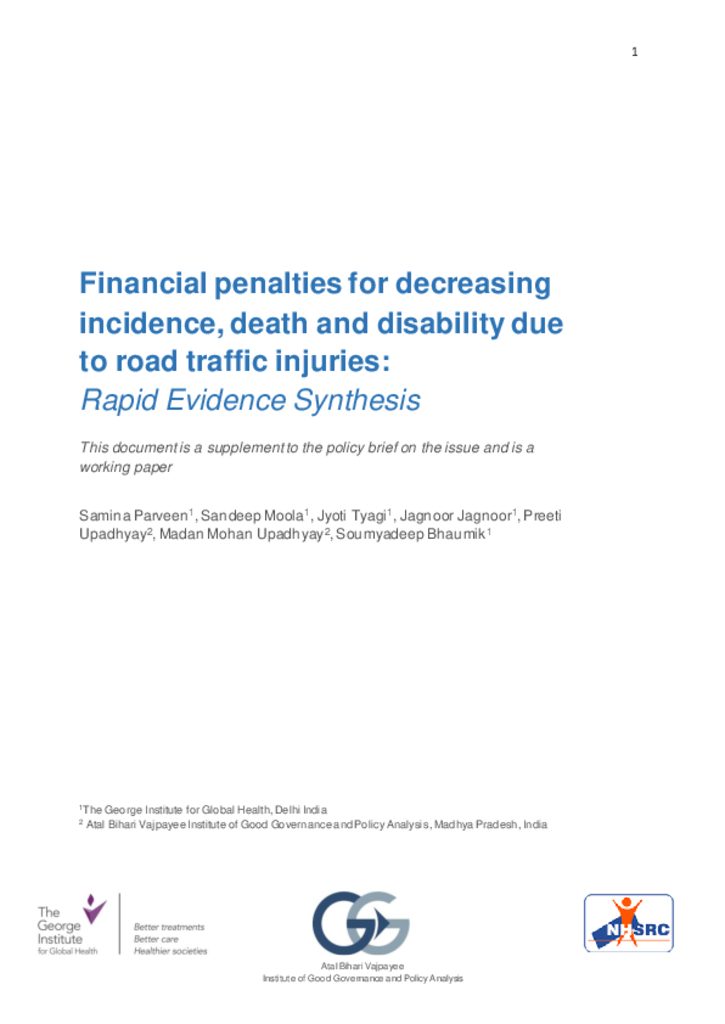